You may laugh at the metaphor, but to locked and loaded investors, they wait feverishly to see what this windstorm of a stock has left in it’s tank. To be honest, I feel like a weatherman in which I will share with you some “storm path” scenarios.

For those that have been keeping up with my articles on $OMVS, they have heard me predict the 3rd spike and the possibility of a 4th spike scenario in this past Sunday’s weekend update. In order for a 4th spike to have happened, the fall from the end of last week’s high of .12 would have needed to retreat back to the .06-.07 range where I stated there would be a “higher floor” versus the lows prior to previous spikes. Well, profit taking happened, it did ease to .08’s but that was it for a so called cold front. The demand and warm front of anticipation for the upcoming merger out-weighed the sellers, quickly regrouped, broke through the .12 3rd spike high and roared to a close Wednesday of $0.1635 +0.0535 (+48.64%) on nearly 6 million shares traded.

Many investors are asking what is next? How high can this baby go? There are a few things that can potentially influence where the stock is tracking. Let’s take look. 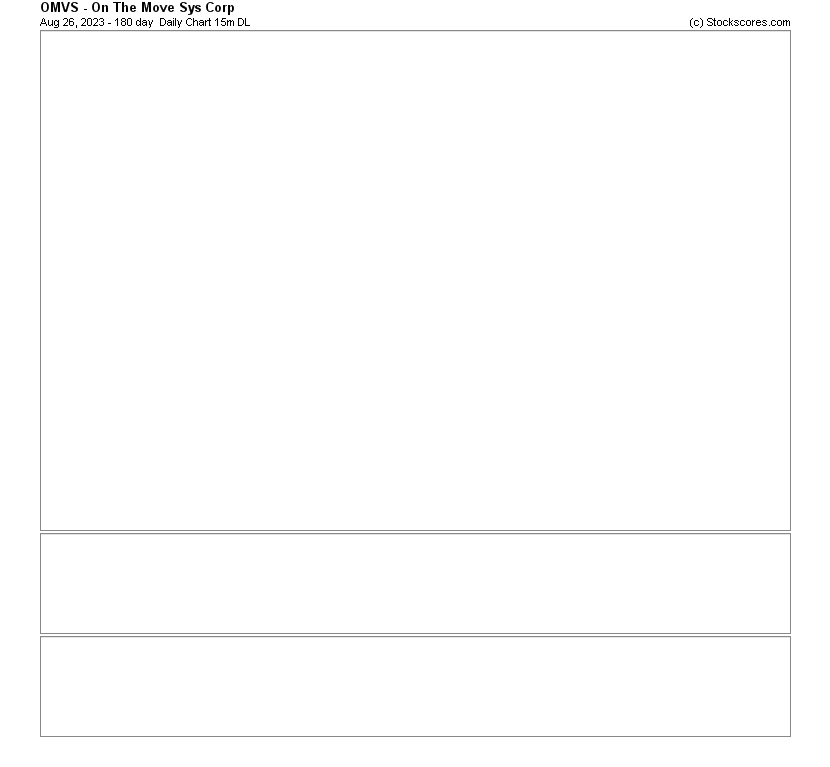 So… Predicting the STORM TRACK!

Track 1 – It continues to run up doing the 2 steps forward 1 step back and so on… gaining steam the faster we get to the August 11th.

Track 2 – After open Thursday it hits .18 or so, a run of over 100% too fast and profit taking, followed by Market Makers seeing an opportunity to “shake the tree” and bring the stock down, scaring weak investors into selling causing a correction, followed by new investors taking advantage of the dip, rallying the stock price back up some.

Track 3 – Stock opens higher, trades sideways within a few cents up and down, unsure where it should trade. There is an equal amount of buyers and sellers.

Track 4 – The hurricane gets burned up by the sun and even the rain stops as there is a snag in the deal, the merger may take longer or not go through, thus causing a huge sell off… (no one is a fan of this track)

Track 5 – Contracts come out, adding fuel to the fire, Jim Kramer even says I normally don’t play pink sheet stocks but I love OMVS and the stock goes straight up! (dream scenario)

There are plenty of more tracks, but my point is this… OMVS is a beast right now, a hurricane, a freight train… and like a train, only YOU will know when and where your stop is to get off the ride. It has been a fun and exciting ride for many…how smooth and long it lasts, we shall see. Good luck all longs.

If you think you heard this story before, you’re right. On The Move Systems (OTC: OMVS) has been a short term traders’ dream. The company has already seen 2 separate spikes and based on today’s […]

The new week’s off to an okay start. There was a lot of Cannabis related news, a newsletter promotion play $HIHI that saw both share and volume increase and previously mentioned $OMVS that continues its […]